Raoul Pal, CEO of Real Vision, has become one of Bitcoin’s loudest supporters over recent months.

After diving back down the crypto rabbit hole in 2018 after first finding Bitcoin in 2012 or 2013, Pal has advocated for cryptocurrencies through multiple outlets: through his Twitter account followed by over 200,000, in Bloomberg interviews, and through his financial research outlets, which are followed by Wall Street billionaires.

He recently cemented his belief in Bitcoin and cryptocurrencies when he announced to Twitter that he had put 98 percent of his liquid net worth into Bitcoin and Ethereum:

“Ok, last bomb – I have a sell order in tomorrow to sell all my gold and to scale in to buy BTC and ETH (80/20). I dont own anything else (except some bond calls and some $’s). 98% of my liquid net worth. See, you can’t categorize me except #irresponsiblylong.”

With an extensive career at top hedge funds and firms such as Goldman Sachs, many take this to meant that he has dozens or even hundreds of millions of dollars in the top two cryptocurrencies.

Of note, Pal is growing temporarily bearish on Bitcoin, recently noting that the chance the coin sees a short-term correction is increasing.

“Bitcoin is potentially facing some serious technical headways… the daily DeMark is showing a cluster on 2 13’s and a 9 and tomorrow might put in ANOTHER 13!”

Bitcoin is potentially facing some serious technical headways… the daily DeMark is showing a cluster on 2 13's and a 9 and tomorrow might put in ANOTHER 13! pic.twitter.com/TNPpLfR2nH

The Tom Demark indicator prints “9” and “13”  candles when an asset is likely near an inflection point in its trend.

Tom Demark himself, the individual who created this indicator, has used it to analyze Bitcoin in the past. Demark told Bloomberg in an interview many months ago that the indicator accurately predicted the 2017 high at $20,000, along with the 2018 macro lows of $3,200.

There are some that don’t put much belief in the indicator, though, especially as the Bitcoin market has become structurally different since previous bull runs.

As reported by CryptoSlate previously, derivatives data suggests that Bitcoin’s rally over the past two months has almost entirely been driven by institutional players. Previously, it was mom and pop investors that were at the front of Bitcoin’s price action.

While Pal may be fearing a short-term correction, he remains anything but bullish about Bitcoin and cryptocurrencies for the long haul.

Pal said in a video published to Real Vision, a financial research site he owns, that the world’s macroeconomic, political, and social trends are starting to all point to a world where Bitcoin is massive:

“It all looks like we are reaching this point. I have said this is where macro, crypto, politics, everything comes into the same big bucket. It is all concentrated and our pure focus right now. We know that Bitcoin plays a part in this.”

The post Ex-Goldman Sachs executive with 98% of his net worth in crypto warns of strong Bitcoin correction appeared first on CryptoSlate.

By: Nick Chong
Title: Ex-Goldman Sachs executive with 98% of his net worth in crypto warns of strong Bitcoin correction
Sourced From: cryptoslate.com/ex-goldman-sachs-executive-with-98-of-his-net-worth-in-crypto-warns-of-strong-bitcoin-correction/
Published Date: Sat, 05 Dec 2020 18:00:56 +0000 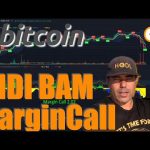 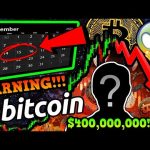