Bitcoin’s intense rally past $11,000 this week came about as a surprise to many investors, as the crypto was previously facing historically low volatility as traders shifted their focus to altcoins.

The sharp movement that led the benchmark digital asset up to these highs has altered its fundamental strength for the better, with BTC now having greater network health, liquidity, and positive investor sentiment.

All these factors – coupled with technical strength – could help to lift it higher in the days and weeks ahead as it continues building momentum.

This past Monday, Bitcoin’s price incurred a sudden influx of buying pressure that sent it surging from the lower-$10,000 region to highs of $11,400.

At this level, bulls were met with some heavy selling pressure that slowed its ascent, but all subsequent attempts from sellers to reverse this strong uptrend have failed miserably.

Part of the reason why Bitcoin appears to be so strong as it consolidates around $11,000 is because of the fundamental strength that came about as a result of its recent break above $10,000 – which was the upper boundary of its multi-month trading range.

Following this breakout, analytics platform Glassnode said that their Glassnode Network Index (GNI) surged to the highest level seen in quite some time.

The GNI’s growth came about as a result of a spike in liquidity, network health, and investor sentiment.

Investor sentiment saw the highest uptick of all the GNI’s indices, climbing by 34 points.

“Sentiment was the highest performer of the week… The percent of BTC’s supply in profit saw large increases during Week 30, while hodlers also began to acquire more BTC, leading to an increase in the saving behavior subcategory.”

Because Bitcoin has since stabilized above $11,000, it is likely that the crypto’s fundamental strength will continue growing in the week ahead.

Another piece of data bolstering Bitcoin’s mid-term outlook is the fact that the cryptocurrency’s miners are not yet offloading their holdings despite Bitcoin’s relatively high price.

Glassnode also offered insights into this trend, explaining that it suggests that miners are confident that BTC will see further upside.

“The fact that miners are not capitulating suggests an underlying confidence in bitcoin’s fundamentals and growth potential, despite the increased flow to exchanges from non-miner entities.”

Once miner outflows do start increasing, it could be a sign that a local top is forming.

The post Here’s how Bitcoin’s rally past $11,000 has altered its fundamental strength appeared first on CryptoSlate. 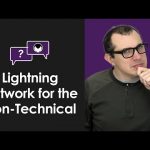